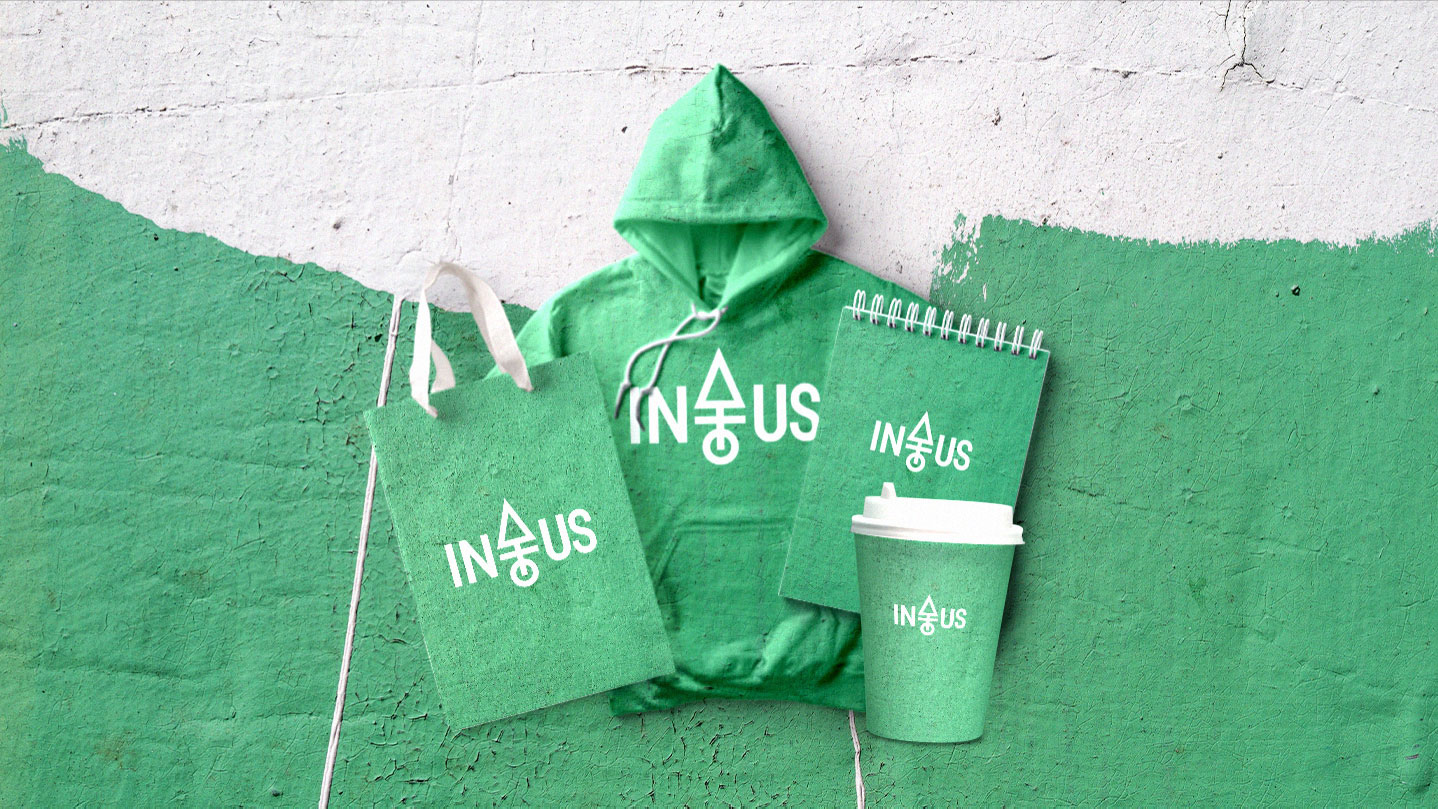 This guest post was written by Chris Dunnett of www.RockYourMerch.net

Musicians have always had at least a handful of different income streams such as record sales, performance fees, and concert tickets, but nowadays there are more options than ever.

This is a very good thing for musicians, but it can also become very difficult to focus on all of them without spreading yourself too thin or getting overwhelmed.

Obviously your music itself is of utmost importance because without great songs, well, you pretty much won’t have the rest.

But, there’s also streaming, digital downloads, ticket sales from shows, virtual tip jars, fan subscriptions and several others - all of which are important.

However, your biggest money maker could be your most overlooked…MERCH!

A study by Bandzoogle in 2021 showed various revenue streams for musicians such as the ones I mentioned above and others: 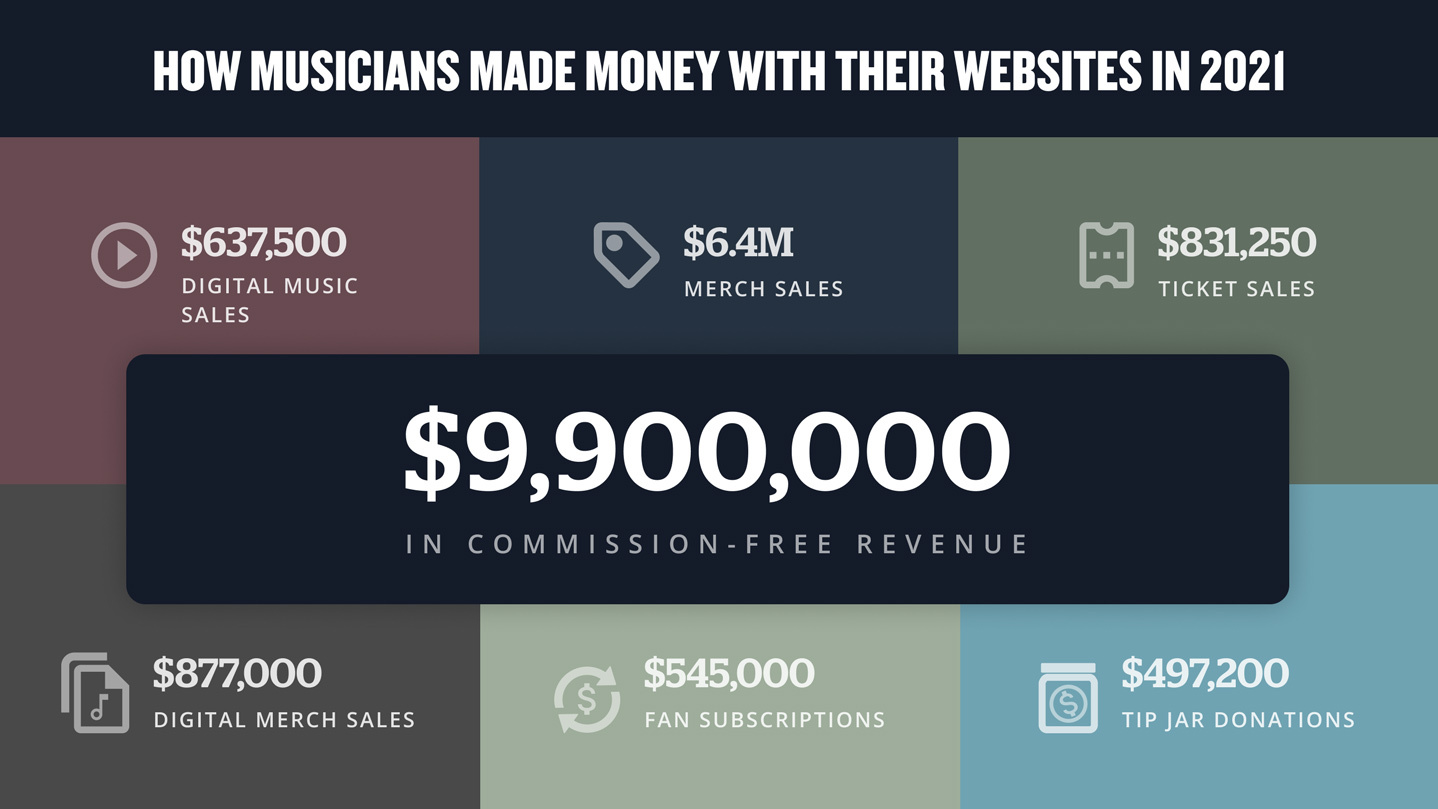 Notice the results! Musicians tend to focus their energy mostly on music sales and ticket sales - but if you look at the total for Merch it’s 6.4 MILLION! That’s almost 3 times as much as ALL THE OTHERS COMBINED!

For this reason, it’s worth putting some effort into selling merch through your website if you aren’t already.

Build a professional website in just a few clicks where you can sell band merch commission-free! Sign up to sell merch online with Bandzoogle now.

There are 3 BIG mistakes that musicians and artists make when it comes to their merch. The first one is not focusing enough attention on it. As you can see from the results of this study, musicians really need to change their mindset when it comes to their merchandise. If your merch is not your number one income source, it should at least be in your top 3. If not, you’re not doing it right.

I see many bands print up a shirt with their band name on it, throw it on a hanger and hope for the best. There is a better way to do it. Put some thought into the 3 D’s:

In addition, you need to know what sells and what doesn’t. Yes, there is somewhat of a science to what sells and why. It’s not just about putting your band name on a shirt and hoping people will buy it because they like your band. There’s more to it than that.

I have worked merch tables for dozens of major artists including KISS, Iron Maiden, The Jonas Brothers, Jimmy Buffet, Motley Crue, Keith Urban, Ke$ha, The Rolling Stones and many others. I also worked for Taylor Swift at her merchandise warehouse off and on for a few years.

Now you may be thinking: but those are big arena and stadium acts. And while that’s true, there is a reason why merch is the biggest income source for the bands that do it right. Believe it or not, some of these bands make big mistakes with their merch as well.

I play in a tribute band (Powerslave: The Iron Maiden Experience) and we do quite well with our merch because of what I’ve learned working for major acts … and we’re just a tribute band…not much original there.

On one of our lowest attendance shows we still did $4.00 per head in merch that night. The amount per head is what majors gauge their numbers on…basically the average spent per person in attendance.

There are some major bands that don’t do $4/head sometimes - and it comes down to knowing what will sell to your audience. That means making your merch choices a priority rather than an afterthought.

Many bands place the importance of their merch way down the list or just think of it as an “add-on” to their live show. Merch is something you can and should be selling even when you’re not playing live.

To start selling merch, or to improve on your sales now, consider these factors:

Here are a couple of things you can put into practice right now to help increase your merch sales:

Here’s one of the best parts and a great reason why (I have several others) that you should focus on your merch…it’s “PAID” advertisement.

Not in the conventional meaning…quite the opposite. Normal paid advertising happens when you pay to advertise for you. When someone buys your band shirt and wears it in public they have paid YOU to do your advertising for you…pretty cool eh?

There are many other reasons why merch is so important and several other aspects of it that I briefly mentioned in this article. If you really want to learn to “Rock Your Merch” I have a 3 Day Bootcamp you can join for FREE at www.RockYourMerch.net