How to use Reddit to capture a larger fanbase

Posted by Guest Blogger on Sep 27, 2022 in: Music Marketing & Promotion 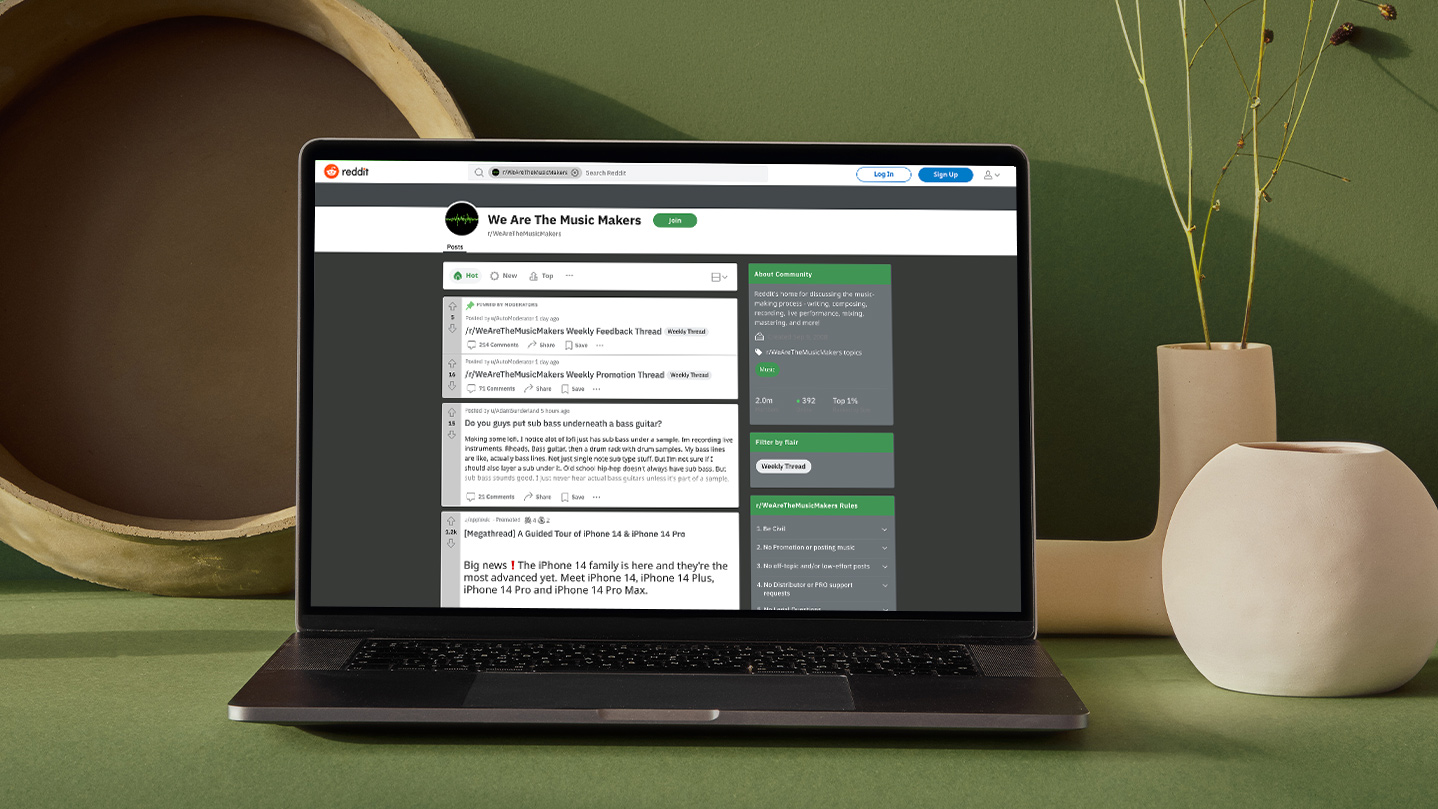 What if I told you there was a social media platform that holds an active, engaged user base with millions of traffic daily? Would you be intrigued?

Now, what if I told you that you could rely on your music and your message to carry you, instead of trying to constantly entertain (looking at you: Instagram and TikTok) and that instead of being controlled by a curmudgeonly algorithm, it’s based on what the community wants to see.

Sounds pretty promising right? That platform does exist — and it’s been right under your nose the whole time.

Until earlier this year I only used Reddit to explore the subreddits of my favorite trash TV shows (don’t judge), but in delving deeper into it all, I’ve learned that it has so much to offer in the way of music, entrepreneurship, and honestly, everything else you could need to be successful or entertained.

I am not exaggerating when I say Reddit is a GOLDMINE for indie musicians. It is such an untapped, unspoiled platform and artists simply are not using it to their full potential.

Which is why we’re here; to help you learn and navigate Reddit for your music career. Because you could spend another two hours begging people to pay attention on Instagram… or you could take that two hours and put yourself in front of millions of potential fans that actually want to know what you’re all about.

We spoke with Sr. Talent Coordinator at Reddit, Maria Gironas (formerly Senior Publicist at Reybee and a Strategic Partner Manager at YouTube) to get the scoop on how indie artists can best utilize Reddit.

We chatted about everything from what Reddit is, to how to use it to build a fanbase, to what subreddits to check out. Let’s get to it!

What is Reddit and how do I use it?

Here’s the short and sweet. Reddit is its own social media platform (think of it like a giant forum) where you can create and manage your own forums (called “subreddits”) or contribute to others.

You can share original content or articles, photos, or your music. Users will have the ability to comment on your posts and even vote on it. If they like it, you’ll get an upvote. If they don’t, you get a downvote. This determines how many people see the content.

When you think about it, this is a lot more fair than the algorithm we’re used to dealing with, because this has the people themselves deciding what they want to see more and less of. All you really need to get started with Reddit is to create an account and start browsing. The quickest way to learn is to simply immerse yourself.

“There are plenty of places to just post links to your music, but what really makes Reddit a special place is the way the community can wrap themselves around you.”

Ok wait, what is a subreddit? Which should I join?

Try searching Reddit for different genres, cities, etc and you’ll soon learn about even more subreddits you can join.

What makes Reddit different from other social media platforms?

What makes Reddit so different from the other platforms is that you aren’t there to entertain an audience. You’re there to speak directly to people who are passionate about the same things you’re passionate about, as Gironas says below; it isn’t your responsibility to constantly entertain, but rather, to contribute to and grow a community.

“There are so many fun ways to dive into Reddit!”

And when you don’t have to worry so much about entertaining but instead on the message of the music itself, it opens up a lot of doors — and it’s a lot more enjoyable.

“There are so many fun ways to dive into Reddit!” says Gironas “As an indie musician, look up any special interests you have and start contributing to the community. What you’ll find that makes Reddit different is that you aren’t trying to entertain an audience, you’re actually speaking directly to people who are passionate about any variety of subject matters.

With that, start a subreddit and create an account for your artist project, then encourage fans across your social media channels to join your subreddit. Start posting questions and source moderators for your community, this is especially fun for some of your biggest fans. If you really want to dive in, comment back to fans who have posted your music and let them know there is a community now for your music!”

How do I actually build community on there?

“First and foremost, take a moment to read the rules in the subreddit you are trying to post,” says Gironas. “I see this happen a lot where folks don’t take the time to read them, and their posts get taken down because they did something that was against the rules (e.g. posted a video, self-promoted, etc.).

Second, instead of straight-up posting a link to your music, try to interact with communities you’re passionate about. Let Reddit be the place to dive deeper into passions, including music. There are plenty of places to just post links to your music, but what really makes Reddit a special place is the way the community can wrap themselves around you.”

Take some time to really get to know Reddit and the different Subreddits you want to know prior to posting. Interact in some of the existing threads to get a feel for how things work and then from that, create your own post.

Reddit is meant to be its own platform, so I highly suggest using it for its strengths, instead of simply using it as a funnel to get more Instagram followers. Like we’ve said, the advantage of Reddit is how very differently it operates from Instagram.

However, yes, it can translate to more followers on Instagram.

First there’s the obvious — Reddit is a wealth of knowledge when it comes to advice for growing your following and it can be prudent to follow subreddits like r/Entrepreneur for entrepreneurial advice that can contribute to growing your music and Instagram following.

You can also make your Reddit username the same as your Instagram username so that as people get to know you, they follow you on both platforms. Plus, you always have your Reddit bio, in which you can mention your other handles.

Then, use Reddit the way it’s intended and you’ll naturally draw people to want to look at your profile and from there, they can follow you on Instagram.

Don’t forget to do the opposite as well — if you create a Subreddit for your music or post a particularly juicy thread on Reddit, redirect people from Instagram to Reddit. The more activity and supporters you have, the faster you’ll see growth.

“Have fun with it. You’re not expected to be anything but yourself on this platform.”

Reddit is still a largely untapped resource in the music industry, which means it’s ripe for growth. Musicians who make use of the platform’s expansive features are much more likely to see faster growth in their following.

At the end of the day, Gironas says, “Have fun with it. You’re not expected to be anything but yourself on this platform. Dive into any and all of your interests and get ready to foster a community for champions for you.”

Bandzoogle lets you create a professional website in minutes with all the music marketing features you need including a blog, mailing list, and social media integrations. Try Bandzoogle now!